Food intolerance is no joke.  FODMAP, which stands for Fermentable, Oligo-, Di-, Mono-saccharides And Polyols, is a diet for people with digestive issues.   This frustrating condition can lower your quality of life, make your exercise routine much more difficult, less fun, and can make you reap poorer results.

A low FODMAP diet is recommended to address digestive issues, such as IBS, irritable bowel syndrome.

It has been proven exercise:

But, without eating the right foods, you won’t really achieve the benefits of exercise you desire.  What we eat obviously has a very strong effect on our body, and one of the more annoying parts is when you have a food intolerance. 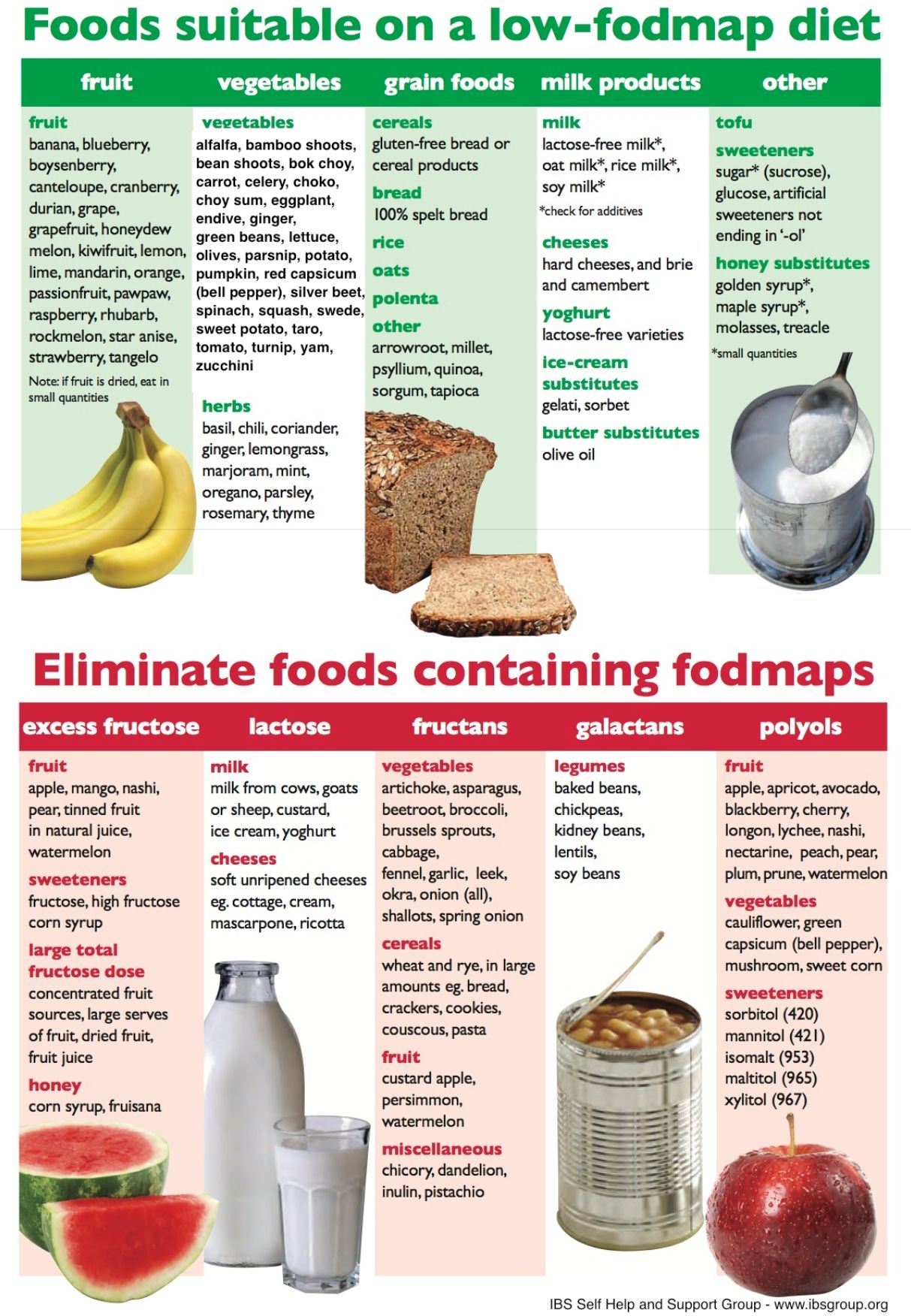 FODMAPS are a type of carbohydrate that is greatly prevalent in the foods we all eat. This acronym stands for fermentable oligo-, di-, mono-saccharides and polyols. These are short-chain carbohydrates that are very resistant to digestion. Usually, they would simply be digested and absorbed directly into your bloodstream.

However, to people who are intolerant to these foods (and many people are), they are actually sent directly to your intestines, not digested completely (or at all. Then, the bacteria in your gut will dissolve these carbs, it will be used as fuel, leading to the creation of gas and digestive issues. These carbs also draw water into your intestines, which leads to the occurrence of diarrhea. 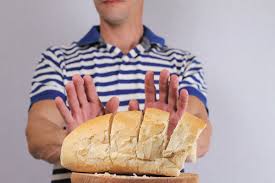 Now, food intolerance is basically your body having a negative response to a certain food you are eating. Unlike food allergies, which have immediate and severe effects, a food intolerance creeps upon you, you can only feel the effects it had on your body after several weeks have passed.

A food allergy will cause a severe and immediate reaction immediately after you ate a problematic food item. Think of how people start choking or swelling up after eating shellfish or peanuts. This is the body’s immune system overcompensating, having a very strong reaction and trying to nip the issue in the bud. Even a trace of a peanut is enough to cause these issues.

Food intolerances, on the other hand, need to build up. An intolerance to onions, for example, needs to be built up over time, you will need to eat them semi-regularly until you feel some discomfort. Today we will be dealing with food intolerances, and how to combat them with the low FODMAP diet.

Now, the five types of FODMAPS are fructose, lactose, fructans, galactans, and polyols. We all know that lactose is a carb that can be found in dairy products, and that lactose intolerance is very common. Fructose is a sugar that is found in many vegetables and fruits, as well as being a large part of table sugar. Galactans can be found in legumes, while fructans are in wheat, spelt, barley, and other grains. Finally, polyols are sugar alcohols.

Why are they so bad? 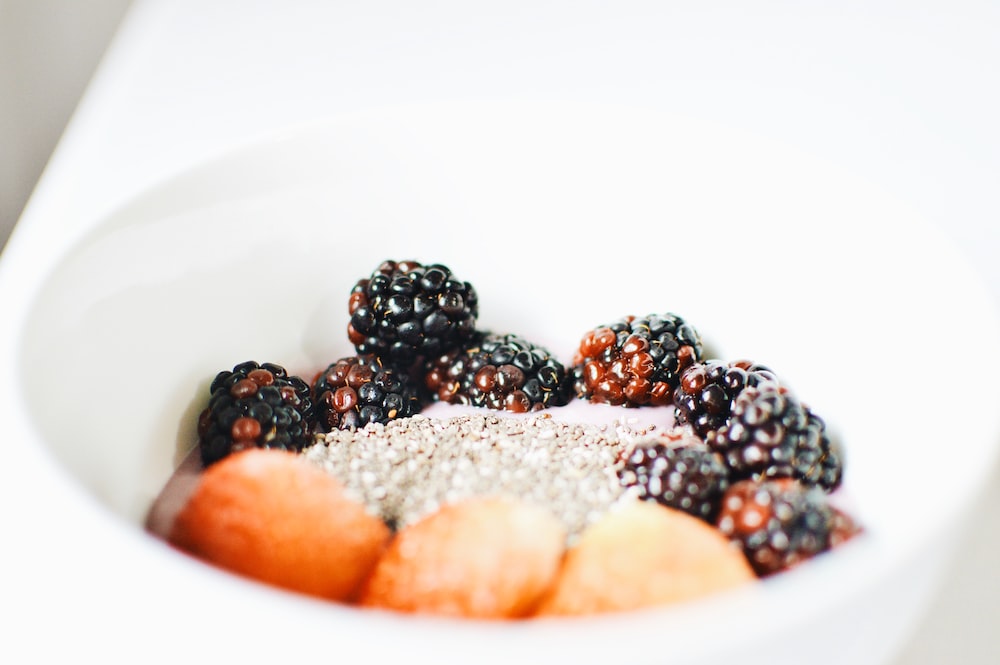 The issue with FODMAPS is that they run directly through your intestines, and are seen as being essentially dietary fiber since they are resistant to digestion.

However, what makes things complicated is that FODMAPS can be problematic only partially. Some people can have serious issues with lactose while being ok with fructose. Sometimes the opposite is true. More and more scientists believe that irritable bowel syndrome is caused, or at least influenced, by FODMAPs.

Now, once a FODMAP reaches your intestines, they are fermenting. They release hydrogen and are essentially used by your gut bacteria as fuel. Now, gut bacteria are beneficial, it does serve a purpose. Too much of it, however, can cause multiple issues and problems. Furthermore, healthy gut bacteria creates methane, while the hydrogen caused by FODMAPS leads to bloating, cramps, constipation, and basically every gut problem you can think of.

The Benefits of FODMAPS

Irritable bowel syndrome is one of the most annoying conditions you can have, depending on its severity. It causes issues like gas, bloating, constipation, diarrhea. In fact, studies in the US, for example, show that almost 14% of the population of the United States of America suffers from irritable bowel syndrome.

The issue with IBS, of course, is that it’s rather difficult to define. This has many symptoms, and most of them can be caused by some other issue. However, people are pretty much certain they have it when they notice that these gastrointestinal issues are not going away, even though the disease or problem they had is gone. A low FODMAP diet has shown excellent success in treating IBS, as has minimizing the stress people feel. Still, let’s stick to the diet for now.

There are reports that people on the low FODMAP diet experience very serious benefits, feeling almost a relief after spending some time acclimating themselves to this diet. People that suffer from Crohn’s, as well as ulcerative colitis, also report great improvements.

If you are indeed intolerant to FODMAP foods, you can expect benefits like less bloating, diarrhea, and constipation, as well as less bloating. And of course, the mental benefits are also very strong and useful, since you won’t have to deal with these issues all the time.

How to start with FODMAPS Diet

The low FODMAP diet has a very important process that needs to be followed. This process is made up out of three phases: restriction, reintroduction, and customization.

Restriction means completely restricting your diet, removing all the foods we have noted below. You are not to have one bite of high FODMAP foods. After two weeks of this, you will most likely notice serious changes in your symptoms.

Next, reintroduction. Here is where experimentation starts. You start slowly introducing new foods, all the while keeping an eye on your symptoms. The moment they flare up, you know which food is problematic. Finally, customization is basically the diet you should stick too. This is a diet that is low in all FODMAPs that cause you problems.

The core reason behind this system is that a low FODMAP diet is severely restricting and that not all FODMAP foods create problems. You would be missing out on great sources of vitamins and minerals needlessly if you cut everything out. 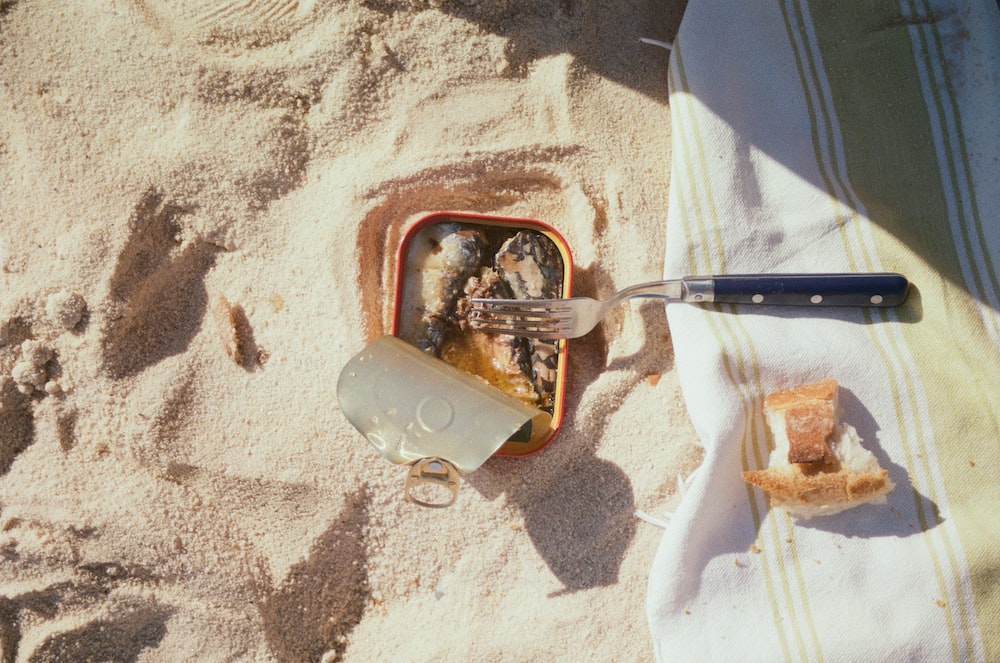 In order to follow a good low FODMAP diet, you need to be ready to make some serious changes. Let’s start with fruits first. Things like apples, watermelon, peaches, figs, dates, boysenberries, cherries, basically any type of canned fruit or processed fruit (like canned peaches or applesauce) is also out of the question.

Next, no dairy products. This means everything, sour cream, cheeses, yogurts, whey protein supplements, and of course milk. Try to minimize it as much as possible, no more milkshakes, and no more cheese, no more dairy at all.

Next, you need to get rid of most grains, and wheat. So, barley and rye should be thrown out, as should most breads, pasta, waffles, pancakes, crackers, cereal… Get rid of tortillas too, and biscuits are a no go as well.

On the sweet side of things, any type of fructose, honey, corn syrup, sorbitol, mannitol, maltitol, corn syrup, all of it should be gone.  Unfortunately, a lot of vegetables also need to be restricted. You can’t eat garlic, fennels, leeks, mushrooms, shallots, Brussels sprouts, broccoli, beetroot, artichokes, and asparagus. Legumes, like beans, lentils, soybeans, they are all out as well.  We know this is severely restricting, but it’s not forever, and most likely you do not have an issue with all of these foods anyway.

Next up, we have foods that you can eat, and that won’t cause any FODMAP issues. This doesn’t, of course, imply that you won’t get other problems, it just means that FODMAP problems will not be triggered.

So, eat whatever type of fish and meat you want. We suggest you eat as much lean meat as you want, chicken breast, drumsticks, veal, and maybe some pork from time to time. As long as they aren’t made with wheat or corn syrup, you will be fine on the FODMAP end of things.

You can also enjoy basically any type of fat or oil, but this will of course cause some other issues. Most herbs and spices are also ok, but still, know that spicy food can cause various digestive problems.

Luckily, you’re not going on a carnivore diet, there are some fruits and vegetables that you can eat, such as:

These are all nice veggies that you can eat whenever you want. Corn, oats, and quinoa are also completely fine.  Nuts are ok, and you can have as many cashews, peanuts, pine nuts, sesame seeds, and these are all good.

Just avoid pistachios, they are actually high on the FODMAP scale. Some other fruits also get a green light. Bananas, grapefruits, oranges, lemons, strawberries, tangerines, raspberries, you can have as many as you want.

There you have it, folks, a guide on the low FODMAP diet. It isn’t easy to pull off, but it will be extremely worth it once you see its benefits. By restricting the foods you eat and figuring out which ones you are intolerant towards, you can figure out a diet that will minimize most digestive issues you have and actually regulate your IBS (if you have it). Remember to stay patient, to stay very strict, and to stick to the plan.

Lena Hemsworth is a lifestyle blogger, a foodie and a lover of a good book. She’s an everlasting enthusiast who believes that there is nothing better than starting your day with a hot cup of coffee.