What is the Law of Attraction and How Can it Work for You? 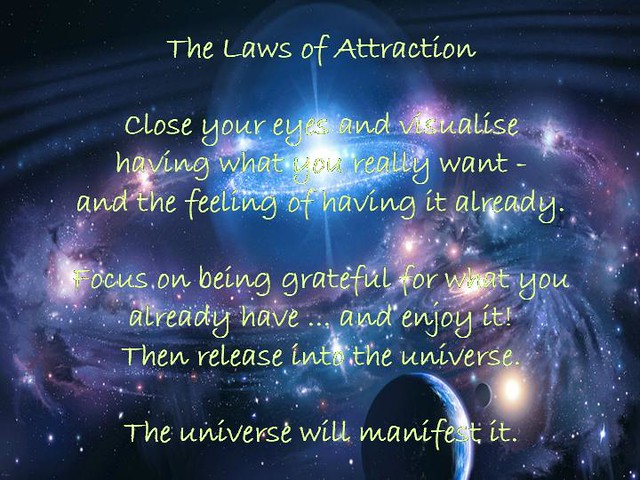 Have you been wondering if the  Law of Attraction really works?   By now you probably have you heard about the hit movie The Secret, by Rhonda Byrne?

The movie, The Secret, propelled the Law of Attraction from a phenomenon known mainly through the spirituality and metaphysical communities to the mainstream world seeking to improve their lives, achieve financial abundance and happiness.  The Secret told us what the Law of Attraction was and that you can attract anything you want by setting intentions and taking inspired action.

What is The Law of Attraction?

While millions of people only learned about the law of attraction from this phenomenal movie, The Secret, these laws of attraction have been with us since the beginning of time and controls all aspects of the positive and negative energy of your life.  The Law of Attraction was actually discussed as early as 391 BC by the great philosopher Plato and even in 1697 by Isaac Newton, the English physicist who discovered the law of gravity.  The Law of Attraction is a universal law of energy that has been around since the beginning of time, which states that like energy attracts like energy.  Haven’t you ever noticed for some people things never seem to go their way, while for others money, job opportunities, and success just seems to fall into their lap?This is not a mistake or luck, rather it is by design.

See also  How To Overcome Anxiety Without Medication?

On the other hand,  people who think positively and refuse to accept negative thoughts or beliefs, tend to more easily attract the positive energy from the universe into their existence, and manifest wealth, health and happiness in to their lives.

Why Isn’t The Law of Attraction Working for Me?

So, you’ve seen the movie The Secret and have been following the teachings, such as holding the vision in your mind that you want to be rich, and even envisioning yourself being rich, but the millions of dollars are not falling into your lap?

The problem is your conscious beliefs vs subconscious beliefs.  If you say “I want to be rich,” but you often find yourself saying or believing that ‘money is bad’ or ‘rich people are evil’,  your positive affirmations of wanting to be rich are negated by your true negative beliefs about money.  To use the Law of Attraction to attract money, you must first change your true subconscious beliefs about money.  It would be wise to read books or articles about how wealthy people are using their wealth for good or how money has positively impacted people’s lives, and internalize these new beliefs.  Think about any time in your past that you heard a family member, friend, clergy, your favorite singer espouse how money is evil and rich people are bad.

You are subconsciously internalizing these negative beliefs and images that money and rich people are bad.  What manifests into your life is not what you want, but rather manifestations of the negative beliefs, feelings and emotions you have internalized.

How the Law of Attraction Works?

This will change and elevate your vibration about moy, rich people and wealth, and only then will

What The Secret failed to communicate is that it is not enough just to set intentions and take inspired action.  Before the intentions will take hold in the universe and come back to you in the form of financial abundance, love, better health or a new job, you must have a method to clear negative beliefs you currently hold.  If you set an intention that you want 30 thousand dollars, but you have conscious or subconscious beliefs about money, you must cleat these beliefs or the money will never come.

You must first get clear and remove the negative beliefs and programming lurking below in your subconscious mind, and then you can set intentions, take inspired action and see the Law of Attraction working in your life delivering the financial abundance or true love you seek.  A well-known method for clearing sub-conscious negative beliefs is Releasing negative beliefs.  Releasing was discovered by Lester Levenson in 1952 as he was dealing with physical and emotional trauma.  At the age of 42 he was sent home to die after suffering his second heart attack.  Within 3 months he learned to release the negativity that was the source of his misery, and lived another 42 years in total peace.

We are bombarded with negative programming everyday from the news, on tv, songs on the radio or even negativity from our loved ones.  You must use tools to clear negative subconscious programs that sneak in under the cover of darkness and poison your mind with negative beliefs.

By learning how to get clear,  you can easily and quickly release your negative subconscious beliefs and learn how to use the Law of Attraction to get anything you want.