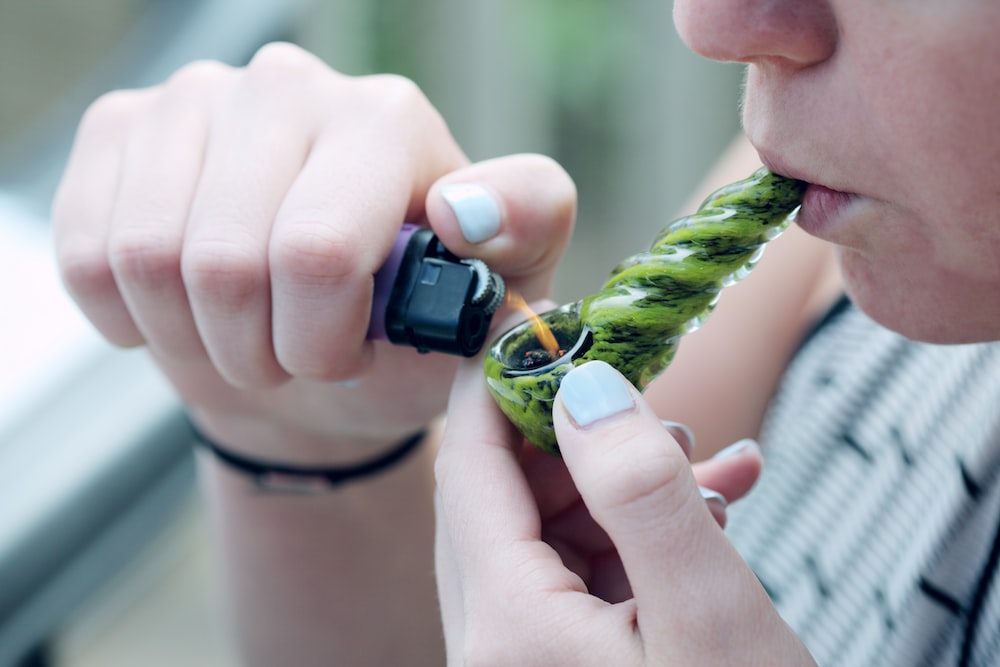 What are the Benefits of Smoking Weed or Vaping Marijuana … What’s the difference?

Did you know that you can vaporize cannabis? While many who smoke either recreationally or for medicinal purposes say that the traditional method of smoking is better, some cannabis vapers think that smoking a bowl isn’t the way to go anymore.

When it comes to the amounts of cannabinoids released for each method, it turns out that yes, science does have an answer. But first, we need to know what  we’re looking for.
What’s in cannabis anyway and what are the effects on humans?

Smoking Weed or Vaping Marijuana, which method is better? Does science have an answer?

Recent research showed that cannabis can and does help patients who suffer chronic pain, therefore, raising the awareness towards the plant and increasing the investments in marijuana industry. There are hundreds of active ingredients in cannabis that have medical value. However, there are a few that have a decisive effect on humans.

However, there are a few that have a decisive effect on humans.

delta(9) tetrahydrocannabinol (THC) – is the main psychoactive ingredient in cannabis. This is what gives most people that “head” high they get when using it. THC can help to alleviate pain and nausea, as well as increase appetite.

See also  6 Ways to Stay Motivated Working Out at Home

Cannabidiol or CBD for short, is the second most known compound found in cannabis.

CBD does not have the psychoactive nature of THC but still provides relief from pain, anxiety, and epileptic seizures.

There are many benefits of CBD, especially CBD for chronic pain.

What are the eof CBC when smoking weed

cannabichromene or CBC, is the third most common of the cannabinoids in marijuana overall. Some strains might have more CBC than CBD. Like CBD, CBC is non-psychoactive. It is an anti-inflammatory and anti-depressant.

How and THC and CBN

This cannabinol actually doesn’t emerge until the dried flower has degraded a bit or gone stale. This is what THC breaks down into over time. CBN can stimulate appetite, is a natural antibiotic, and an anti-asthmatic.

What is the Benefit of Smoking Weed

Despite all of the different kinds of cannabinoids, people who smoke weed are mostly interested in THC. . A recent study conducted by Chemic Labs in Canton, Massachusetts tested the Volcano tabletop vaporizer and compared them to the smoke created by combusted marijuana.

The answer was overwhelming: the vapor produced via the Volcano consisted of 95% THC and a small amount of CBN (cannabinol). Compare that to combusted smoke. As much as 88% of combusted marijuana consisted of non-cannabinoids. That’s a significant difference.

While a desktop vaporizer is the way to go for at-home vaping or vaping among friends at a get-together, for those that need something on-the-go, there are vape pens that deliver the same quality and quantity when it comes to cannabinoids.

But is the high different? Yes and no.
The actual high when smoking weed is somewhat similar for both methods. The “head” high is present in both vaporizing and smoking marijuana. However, smoking also comes with the body high – that lazy feeling some may get after smoking. That is not as present in the high one gets from vaporizing marijuana.

What about time? Does it take longer to vape versus smoking weed?

Well, that depends. Most vaporizers today can be ready in a few seconds to just a couple of minutes. Loading a vaporizer takes about the same amount of time as it does to load a conventional pipe or a bowl. Smoking a joint can take longer than taking a few pulls on a vape-pen device. However, the tradeoff is that it continues burning even when you’re not inhaling. This translates to a waste of marijuana.

While actually loading the vaporizer takes the same amount of time as loading a bowl, many vaporizers actually function better when the cannabis is finely ground, which takes time and the additional purchase of a good grinder. With bowls, you don’t necessarily have to grind your marijuana to a fine consistency, but it helps. This can take time. With vaporizers, this is virtually a requirement to get the best result.

What About Concentrates when smoking weed? Are They Better?

Honestly, this is going to come down to your individual needs and preference. Concentrates are exactly what they sound like; usually concentrated THC or CBD that comes in either an oil or a wax. Many people are preferring concentrates these days simply because they are more powerful and much easier, especially for on-the-go vaping.

Concentrates can come in a refillable cartridge or in a cartridge that you just toss once done. They are also popular because many concentrate vaporizers are slimmer, more resembling a pen than a bulky device. Concentrate oils can also be vaporized using a person’s preferred vape mod, so long as the wattage or temperature can be set to the proper degree.

So, there you have it.
When it comes down to it, vaping weed may be healthier and contain fewer carcinogens, but it all comes down to how you feel.

One high may last longer, but the other may provide more of the health benefits of the compounds found in cannabis. Vaping also offers some amount of stealth because vaporized cannabis doesn’t have nearly as much of the telltale odor of smoked cannabis.

However, keep in mind that not even vaping will eliminate that odor entirely.
In short, try both and see which one you prefer!

Michael is a marketing and creative content specialist at GotVape.com with a primary focus on customer satisfaction. Technology and fitness combined with healthy lifestyle obsession are his main talking points.