The Release Technique by Larry Crane, is a powerful and easy to use, step-by-step self help program that is based on the work of Lester Levenson.

We’ve always had the ability inside of us to release what we don’t want. As we grow up we forget how easy it is to let go of negative feelings and beliefs.

The negative programming we get from parents, friends and the media often shapes our subconscious self image and beliefs from childhood that we carry into adulthood.

Larry teaches you how to quickly and permanently regain the skills to release negative beliefs, feelings and emotions that prevents you from achieving the following positive benefits:

What is Releasing, and What can It Do for You?

Releasing is the simple-to-learn process of getting rid of negative subconscious and conscious feelings, beliefs and emotions of:

The Release Technique (Abundance Course), consists of a 10-CD program and workbook.   Larry Crane guides you through the complete releasing process..\

You will also get a free monthly newsletter, called Release Magazine, with tips on how to super charge your releasing.

Lester Levenson taught Larry Crane the amazingly simple process of Releasing negativity back in the 1970’s, when Larry Crane was searching for a way to overcome his own feelings of sadness, depression, and anger.

Larry was amazed at how effortlessly he was able to let go of the feelings of anger and misery that had plagued his life for years.  After learning to let go of the negative feelings, he made more money with less effort.

The Key is to Give Yourself Permission

The Abundance Course uses a set scripts that “allows”, or gives yourself permission to let go of those destructive negative beliefs, feelings and emotions.

Holding on prevents you from achieving happiness, wealth, peace of mind, love and radiant health.

We all already have the power within us to clear negativity and live a life of peace and happiness. Unfortunately, most people never use this free gift.  They never give themselves “permission” to live the life they were destined to lead.

With The Release Technique, you learn how to reconnect to your infinite and unlimited spiritual self that is always there, but is covered up by limitations we put on ourselves.  You can release anything that is preventing you from achieving whatever you want in life.

Click Here to Learn How You Can Save $100 Now When You Order the Release Technique Abundance Course!

If you think about a negative feeling, belief or emotion, you will generally begin to feel a tightening in your stomach or chest.  This is your body’s way of letting you know it wants to release it.  You need to first acknowledge the good and bad feelings around this issue.

With the Abundance Course, you will learn the Three Processes to Release Negativity that Lester Levenson discovered back in 1952.

Whether you are keeping beliefs emotions close or pushing away, this results in energy being stuffed down into your body, where it pushes against organs, muscle and tissue, which impacts proper function of your body, thus resulting illness, sickness, sadness, depression or disease.

Doing the attachment and aversion exercises releases this stuck energy.  Whether you want to hold on to or push away the beliefs, feelings or emotions, until you release them you are holding on to them.

The unique exercises neutralizes the energy, which allows you to easily let them go.

Pronounced Ag-Flap, this is an acronym developed by Lester Levenson for the key feelings people hold on to.

These are the feelings that most people hold on to when dealing with an issue.  You will learn what each stage is, why each one is so destructive, and how to get rid of it for good.

Lester developed this acronym when he learned to let go of the negativity he had been holding onto for years, which was the source of his misery and poor health.

The goal is to get out of AGFLAP, and to live in a state of total peace.  Larry takes you through a creative exercise by releasing words many people identify and internalize associated with each word of AGFLAP.

As you let go of the words, you begin to feel yourself becoming lighter and free!

Stop Holding On to Negative Beliefs for Good

Most people are living their lives holding on to negative core beliefs that were programmed in to them as children.  They carry these destructive negative beliefs there whole lives, often without even knowing it.

With The Release Technique, you will learn to stop holding on to the negative core feelings, beliefs and emotions around your issue that are the source of your emotional suffering.

You will learn how to use the easy energy healing techniques to let go naturally like you did when you were a child.

You see, children have the ability to just let things go.  Have you watched children play, start fighting and then just seem to let it go and resume playing as if nothing happened?

As we get older, we unfortunately forget how to naturally let go of fear, worry and anger, for example.  We are taught to sit down and be quiet.  Over time, this teaches us to suppress our feelings, not let them go.  Releasing negativity helps you get back in touch with natural ability to just let go.

The best way to overcome negative emotions and feelings, such as anger, fear, grief, lust or worry is by releasing them.

Releasing is a natural human process to clear negative emotions, yet people seem to lose this ability as they age (or are taught this), which is why so many adults have road rage, violent anger outbursts, or seem to hold grudges for weeks, months or years. Just let it go!

With the Release Technique, you will learn to regain this important lost skill.

Who is Lester Levenson

The Release Technique, developed by Larry Crane, is based on the work of his mentor, Lester Levenson, that he learned back in the 70’s.

Lester discovered the simple manifesting process of releasing negative beliefs from his subconscious mind in 1952 after he was sent home from the hospital to die from his second heart attack.

Levenson, a  physicist who knew about energy, discovered this simple process to free the subconscious mind of  negative core beliefs, and cured himself of all his physical and mental ailments within three months after being sent home to die after his second heart attack,  and lived another 40 years in total peace.

People are always searching for peace, happiness, love and wealth outside of themselves, in someone else, in something else,  in a job or money.  The fact is you must search within to find true peace, love and happiness.  As Lester Levenson says, “you must look inside of yourself, and you will find total happiness.”

You can learn the same method here that Lester discovered for himself.

How You Can Eliminate Stress and Anxiety

Stress, anxiety, anger, depression and insomnia are the human body’s response to internal or external events or conflicts that cause a negative internal response.

With the Release Technique, you will learn what really causes stress, anxiety, fear, anger and even depression.  More importantly, you will learn how to let go of these emotions quickly and permanently, without the use of medications.

Stress and anxiety are stored in the body as negative energy.  This energy presses against muscles, joints and organs causing muscle and joint pain,  poor sleep, depression,, illness or disease, and even impacts proper function of body’s major systems.

Using  “allowing,”  you are giving yourself permission to finally let go of the internal resistance you carry to eliminate negative beliefs, feelings or emotions from your subconscious mind or beliefs these negative feelings are protecting you.

With the Release Technique, you can quickly, easily and permanently clear:

How I discovered The Release Technique

I discovered releasing in 2007, while searching for a spiritual healing program to eliminate stress, anxiety and insomnia that had plagued my life for several months after a job loss.

Due to the stress, anxiety and depression, I felt heavy like weights were making it almost hard to walk at times, and could feel negative energy entering my body, that left me with constant body aches ans pains.

In addition to the feelings of stress and anxiety, I was often plagued with insomnia. The stress, anxiety and insomnia made me feel like I wanted to die.  The confusing thing was that I knew I really didn’t want to die.  I knew I had too much to live for and my family needed me.

I learned from releasing that the feeling of wanting to die, was actually due to a loss of self worth.  When I loss my job, I lost my self identity since I tied my self worth to my job title.  Without my job, I had no self identity.

I went in search of a natural cure for stress.  If you have been dealing with stress, anxiety, insomnia and depression you can probably relate to my situation.  While searching the internet I discovered The Release Technique and bought the course.

Within one week of learning these simple releasing techniques, the  anxiety and insomnia that plagued my life for months completely disappeared without the use of medication.  The feelings of wanting to die disappeared as well.

I began to manifest the things I wanted into my life, and my self esteem shot through the roof.

The Pro’s of using The Release Technique are:

The Con’s of the Release Technique:

“I have come to realize during this first week of the 30 Day Program that if I let go and put out an intention my answers are all there in a beautiful way.

“A year ago, I became ill and was diagnosed with heart failure. My cardiologist scheduled me for an echo cardiogram. It indicated my heart function was at 25%. I began using the Release Technique intensively along with heart medication. Within 6 months, my heart improved to 40%.

How You Can Get The Release Technique 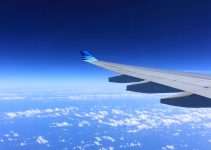 Find it On Amazon