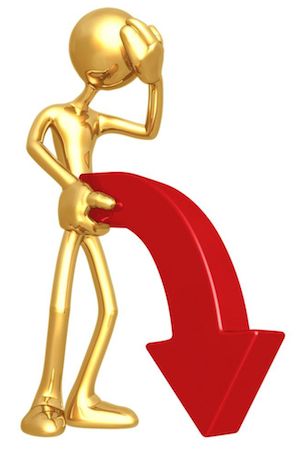 Starting from ages 40 onwards, the sexual problem is more common than you think. In fact, one in every five men over the age of 40 will experience symptoms of erectile dysfunction at some point in his life.

As men get older, reports of Symptoms of ED tend to increase.  The facts bear this out:

With recent studies confirming the higher prevalence and incidence of erection problems in older men, it seems safe to presume that ED may be a natural consequence of aging.

Is ED in Men Due to Aging

As men age, there are normal changes the body goes through.  Structural changes, in particular, may lead to decreased concentration of elastic and smooth muscle fibers in the penis. This in turn results in the penis working less and ultimately resulting in erection problems with age.

It involves a set of different and complex interactions and stimuli between the brain and body.

Is ED Physical or Psychological

It involves physical as well as psychological factors. Assuming that ED is a natural function as you age is not at all smart. While aging does play a role, there are other key considerations that may increase the risks of you experiencing symptoms of erectile dysfunction as men get older.

In fact, experts believe that in more cases than not, erectile dysfunction may be a sign of something more serious, such as a treatable health issue.

More and more recent medical research have discovered a link between sexual health problems and chronic diseases, like diabetes, hypertension, high cholesterol and other cardiovascular diseases.  ED is also associated with obesity and poor health habits such as smoking, drinking and lack of physical activities.  Symptoms of erectile dysfunction have also been attributed to stress, anxiety, depression and side effect of prescription medication.

By 2025, it estimated that as many as 322 million men around the world may be affected by erectile dysfunction. Despite how common symptoms of ED may be, the National Institutes of Health insists that ED is not a natural part of aging, but rather a symptom of a more serious health issue.

With unhealthier lifestyles becoming more the norm around the world, ED has been evolving and is frequently associated with unhealthy lifestyles, poor diet and poor health habits.  Researchers estimate to see a staggering increase in symptoms of ED in younger men in their 20’s and 30’s in years to come.  Men with Type 2 Diabetes, for example, may start developing symptoms of Erectile Dysfunction a decade earlier than men without diabetes.

How to Get Rid of ED Symptoms Naturally

Whether you’re in your 20s or 50s, there’s really just one way to deal with erectile dysfunction.  The bottom line for men who want to eliminate their symptoms of erectile dysfunction and regain a satisfying sex life, even well over the age of 60, is to stay healthy, because by doing so, you’ll have a penis-healthy life as well.  That means getting plenty of regular exercise at least 3 days a week, and eating a healthy diet for the rest of your life.

If you are currently suffering from erectile dysfunction symptoms, forget the stigma of your erection problem and self esteem issues that often accompany erectile dysfunction, and seek medical help as soon as you can to find an appropriate ED treatment.  Remember that your symptoms of ED may be a sign of something more serious.  By seeking professional medical help early, you’ll know for sure what the problem is and dealing with a problem you know is always easier to resolve.

Lee Brown joined Men’s Health Clinic in 2012 as a Senior Clinical Coordinator.  In this capacity, Lee talks first hand with patients about their male sexual health issues and symptoms, reviews their medical histories, and daily serves as a treatment liaison with our doctors and specialists.  Lee brings to MHC several years practical experience in the men’s health field, along with a proven professional ability to work closely with our doctors to devise effective solutions to our patients’ men’s sexual health challenges.