I received a question from a reader on my blog asking what are the most common Peyronies Disease causes, and how men can straighten their bent penis.

A man with Peyronies Disease symptoms doesn’t want to feel self conscious about his crooked penis.  He may fear his partner will reject him, due to this erection problem.

I decided to write a blog post on Peyronies Disease Causes and How to Treat it, to help men to fix this embarrassing condition.

What is Peyronies Disease?

Peyronies Disease, or Peyronie’s (pie-roe-NEEZ) for short,  is a condition that causes a curvature in an erect penis, due to fibrous scar tissue on the shaft of the penis, that results from an injury, accident or even from vigorous sex.  The condition is not noticeable in a flaccid penis.

While not a life-threatening condition, the curvature can cause an erect penis to turn upwards, downwards, or even to the side.

For some men the scar tissue becomes painful when the penis is erect, and can make sex difficult.  This condition rarely goes away on its own.  It is often treated with stretching exercises or surgery in the most severe cases.

In Peyronies disease, when the penis becomes erect, the area of the penis with the scar tissue doesn’t stretch, and the penis bends or becomes disfigured when erect.  With a penis traction device, you can stretch the scar tissue, to help your penis regain it’s normal shape.

The good news is Peyronies is not life threatening, but it can cause the following:

If you think you may Peyronies, Click here to see examples of men with this condition.  This bent penis condition can develop slowly over time or may appear suddenly, due to the level of trauma. Here is how to fix it.

This non-life threatening condition is caused by scar tissue, called plaques or bumps that form along the shaft of the penis in the corpora cavernosa, which are the three sponge-like chambers that become engorged with blood to help a man achieve and maintain an erection.

What are Peyronies Disease Causes?

There is no sign of the condition when the penis is non-erect or flaccid.  A penis traction device stretches the scar tissue, to help your penis regain it’s normal shape.  This can improve your self confidence when you are with your partner.

See also  Diabetes Loophole Review - Is It Legit or a Scam?

The National Institutes of Health estimates bent penis syndrome effects around 1% of all men.  This condition predominantly affects middle age men age 30-65.  The healing of the damaged Corpora Cavernosa tissue causes scar tissue or bumps, called plaques to form, which results in the penis bending when erect.

What Are the Symptoms of Peyronies Disease 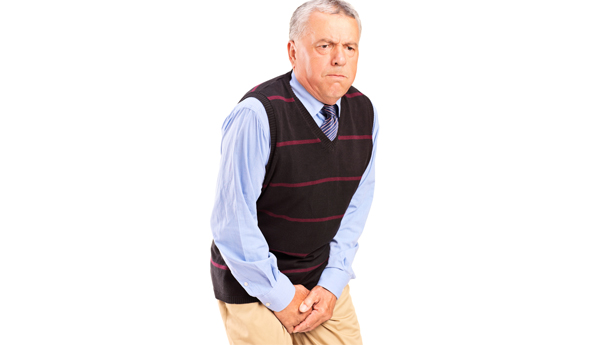 The Peyronies Disease symptoms can range from mild to severe.  In mild cases, this condition does not significantly impact a man’s ability to get an erection or engage in sexual intercourse.  The pain associated with this disease will usually decrease or disappear over time, yet the curvature of the penis may remain.

Studies have shown that in approximately 5% – 19% of cases of bent penis syndrome,  will correct itself over time.

Men with mild to moderate Peyronie’s Disease symptoms are able to achieve an erection, but may feel some pain and discomfort where the plaques have formed, or may feel pain during sexual intercourse, due to the curvature of the penis.  A penis traction device will help reverse the penis curvature.

In rare cases, the disease causes significant disability in a man’s ability to achieve an erection suitable for sexual intercourse, called erectile dysfunction.

This curvature of the erect penis can cause severe discomfort, and thus can prevent a man from engaging in sexual intercourse or having an enjoyable sex life.

How a Penis Extender Works

Many doctors today recommend waiting anywhere from one year to two years to see if the condition corrects itself.  They recommend this is the best way to treat Peyronie’s Disease.

Most doctors believe Peyronie’s will correct itself fully or the symptoms will subside enough that no formal treatment, such as surgery,  is required.

If Peyronies Disease develops rapidly, a biopsy of the tissue can be performed.  This will help ascertain the cause of the condition.

In severe case of Peyronie’s Disease, treatment options can include surgery.  This will remove the plaque or shorten the unaffected side of the penis (plication).

This can lead to a shortening of the length of the penis, which many men may find unacceptable.  In some cases, men can use a device to manually straighten a curved penis in the privacy of their home, or a surgeon can medically insert a penile prosthesis may be used to help maintain a straight penis during erection.